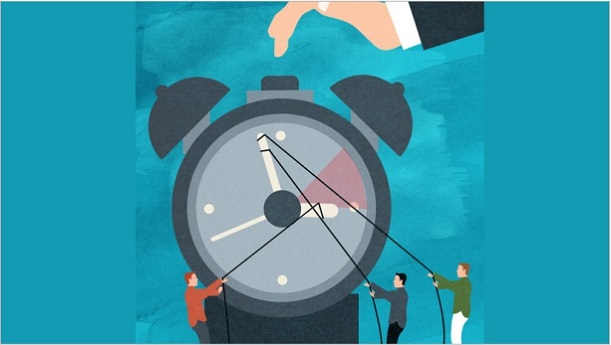 When contemplating a change, leaders should ensure they get inputs from people in the organisation who have expertise in the areas most affected, so you can be realistic about the time, effort, and resources required.

Years ago, I was in a meeting when my client, a senior sales leader, told her folks about a major change that was going to happen in their organisation. They were switching to a new CRM system, which would have a significant impact on all of them and their people. There was a lot of headshaking, sighing, and eye-rolling (the company had a history of being bad at making change), and I watched, surprised, as the boss just blew right past all these clear indications of discomfort. She said a few things about how she had faith in their ability to do new things, whatever-whatever, and then she simply changed the subject. Everyone was unusually subdued for the rest of the meeting, and she did not seem to notice that, either.

When the meeting broke up, I pulled her aside, noted what I had seen, and asked why she chose not to acknowledge people’s reactions. Her response? “They just like to complain, but they’ll be fine—they’ll get with the programme.”

Pretend change is easy…at your peril
Sadly, many leaders take this approach to change, ignoring people’s hesitation and discomfort in the face of change. And then they are surprised when the change either takes much longer than anticipated or does not yield the hoped-for benefits. This erodes the leader’s credibility and makes it likely that people will dig in their heels even harder when the next change comes along.

So why do leaders do this?

Erika Andersen is founding partner, Proteus International. She is author, Growing Great Employees; Be Bad First; and Change from the Inside Out: Making You, Your Team, and Your Organization Change-Capable; and host of the podcast The Proteus Leader Show.

A generic name for family-run businesses in India, ‘lala companies’ have unique attributes—great rewards…and greater punishment, if the lala stops liking your face!

There is substantial research showing that people who are successful in a holistic way—not just at making money—have high emotional intelligence. Do not confuse intelligence quotient (IQ) with EQ. Effective leaders allow themselves to be emotional privately. They process it, then come back and give the public their best selves, communicating constructively and listening more than talking.

A family employment policy that establishes educational prerequisites, professional development avenues, hiring policies and a measure of emotional intelligence clarifies expectations to ensure that a family member will only be appointed as CEO if they have earned the opportunity.

Organisations can no longer afford to separate their ‘employees’ from the ‘humans’ they are in their personal capacity, nor will they be able to separate their business purpose from that of the teams bringing this purpose to life.