Now MAT Score/Result of last 5 administrations are available online. B-schools/Universities who are accepting MAT scores for facilitating the admission to their MBA/Allied programmes are advised to verify the MAT score submitted by the candidates from 1. AIMA Website: https://mat.aima.in/feb22/mat-result-login 2. AIMA office through e-mail: mat@aima.in 3. MAT Score can be checked/verified by candidate name on the link: https://mat.aima.in/result-check 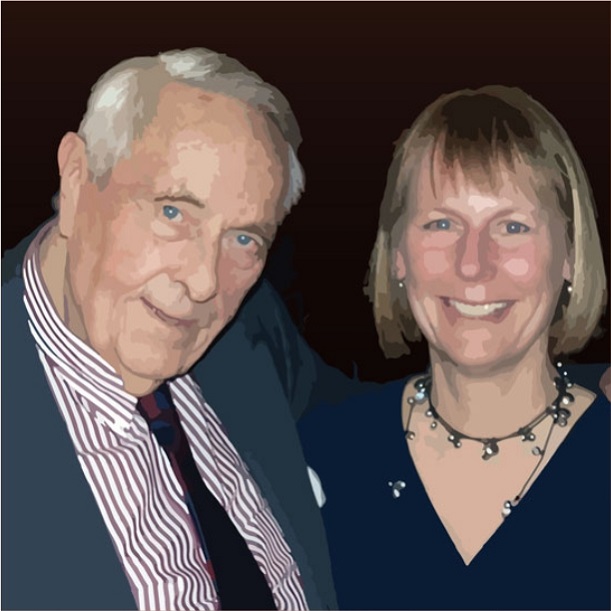 "Busting the following myths:
MYTH 1: Half my advertising is wasted, but I do not know which half
MYTH 2: Clustering television spots in ‘bursts’/ ‘flights’
MYTH 3: The dominance of low-involvement brands
MYTH 4: As a brand grows, its advertising must be increased at the same rate
MYTH 5: Sales promotions have a much stronger effect on sales and profit than advertising does"

The problem with advertising is that it is an imprecise stimulus to sales. It is, therefore, extremely difficult to isolate effective advertising from the other influences on consumer buying- price, consumer and trade promotions, retail distribution, and most importantly, the activities of competitors. In traditional campaigns for mass-market repeat purchase packaged goods (also known as fast-moving consumer goods, or FMCG), it is especially difficult to measure the effects of the advertising, and as a result, a number of myths have become widely believed.

However, things are getting better. This is the result of state-of-the-art research, in particular, the technique known as pure single-source. The phrase single-source refers to the individual households from which data on brand buying and the reception of television advertisements for the brand during the period before purchasing is collected. The calculation calls for laborious work. Every time a purchase of the brand is made in any of the households in the sample, each such household is analysed according to whether or not it had received an advertisement for the brand immediately before; the purchases are also analysed separately according to the day the advertising was received. Sales stimuli, in addition to the advertising (especially promotions), are distributed randomly over the whole sample and are therefore not separated.

This technique exposes two myths: the first two of those listed below.

MYTH 1: Half my advertising is wasted, but I do not know which half
This familiar statement is attributed to two wellknown industry figures during the early twentieth century: William Hesketh Lever, the British soap manufacturer whose company (which eventually became Unilever) grew to be one of the largest in the world and John Wanamaker, the owner of Wanamaker’s, the Philadelphia department store.

For a start, the overall effect of advertising is less than Lever’s and Wanamaker’s guesses. According to research based on a massive sample of households that generated 112,000 statistical observations, 33 per cent of campaigns are successful and 67 per cent are failures. But, on a positive note, it is now possible to identify these successful campaigns, and work on the unsuccessful ones in order to improve their performance.

The problem with advertising is that it is an imprecise stimulus to sales. It is, therefore, extremely difficult to isolate effective advertising from the other influences on consumer buying.

MYTH 2: Clustering television spots in ‘bursts’/ ‘flights’
One of the most remarkable findings of pure single-source research is that advertising can trigger sales from a single exposure; thereafter, it follows a pattern of sharp diminishing returns.

From the inception of television in the 1940s, advertising schedules had been clustered in ‘bursts/’flights’ of at least three exposures. (This pattern was based on psychological theory and common sense and not on the measurement of effects.)

In view of the early onset of diminishing returns, this was easily shown to be wasteful because extra exposures (which all cost the same) produced fewer and fewer sales. It is much more productive to stretch schedules, establishing a lower rate of strike but over an extended period.

This is known as Continuity Planning. It began to be employed by all major advertisers in the US and many other countries during the 1990s. Data published retrospectively by the Advertising Research Foundation (ARF) demonstrated the significant cost benefit of continuity planning over the previous policy based on the myth of ‘bursts’/’flights.’

MYTH 3: The dominance of low-involvement brands
In many countries, national advertising during the twentieth century was dominated by campaigns for low-involvement goods (FMCG), in particular, packaged food and drinks, overthe-counter pharmaceuticals, toiletries and other bathroom products, and household cleaning and kitchen products. These categories are all highly competitive, and the advertising is searching for buyers of the advertised brand. The advertising is heavily reliant on television which offers few targeting opportunities. It relies on creative ingenuity to attract potential buyers.

In contrast, high-involvement goods and services are expensive, and are rational purchases like cars, computers, household durables, jewellery, travel and vacations, and a range of financial services. Since high-involvement purchases are infrequent and carefully planned, buyers happily study the advertisements for all brands in the field, to help them make the best choices. Buyers are searching for advertising. The advertising media used are targeted, and digital media are increasingly important. In India, digital advertising expenditure in 2019 had already reached $US 2.0 billion, compared with $US 3.6 billion on television.

Although sales promotions do generate stronger sales than advertising, the high sales represent fool’s gold; they are accompanied by depressed profit.

MYTH 4: As a brand grows, its advertising must be increased at the same rate
In most consumer goods markets, the competitors form an oligopoly composed of a group of large marketing companies. Each is aware of what his competitors are doing, and this is something that elevates advertising expenditure, since each fears that he will be outspent.

The usual pattern for a stable brand is for its share of all advertising in the category (Share of Voice, or SoV) to be approximately equal to its Share of Market (SoM). This is because the cost structure of all brands is relatively similar. Large brands can afford to spend more money on advertising than small ones, although this conclusion must be qualified. On the basis of a sample of more than 600 cases, it is evident that small brands overadvertise, with SoV higher than SoM. This is because most of them are new launches, which require high initial investment. In contrast, large brands that are well-established can afford to under-advertise, with SoV lower than SoM. The amounts involved are often two or three percentage points of SoV: substantial sums that represent economies of scale that go straight to the bottom line. The pressure of oligopolistic competition that elevates advertising expenditure is nothing but a myth that depresses profit.

The fact that large brands can generate advertising scale economies has been described in many media, including Harvard Business Review.

MYTH 5: Sales promotions have a much stronger effect on sales and profit than advertising does
Although sales promotions do generate stronger sales than advertising, the high sales represent fool’s gold; they are accompanied by depressed profit.
The responsiveness of sales to a change in consumer price can be measured by a number: the brand’s price elasticity, a negative figure because an increase in one leads to reduction in the other. The figure is normally high. A sample of more than 600 cases gives a figure of -1.8. In other words, a 10 per cent reduction in price leads to an 18 per cent increase in sales. This is very attractive to a brand manager, particularly, if he or she must achieve a sales target at the end of the year. However, the increase in sales is accompanied by two changes in the brand’s cost structurefirst, the net sales value (NSV) is reduced by 10 per cent and second, there is an 18 per cent increase in direct costs (which in many cases represent half the total cost of the brand). As a consequence, the brand will inevitably become unprofitable. This situation is different if additional expenditure is put into advertising. Calculated from a large sample of brands, an average advertising elasticity is +0.2. A 10 per cent boost in advertising will generate a 2 per cent increase in sales. Although the sales increase is low, it may well be profitable because the cost of the additional advertising may be less than the profit earned by the extra sales.

The demonstrable danger of promotional price cutting is widely known and has been published in many media, including the Harvard Business Review.

The metaverse has actually been around for quite a while now, especially in gaming. It holds a lot of promise for marketing and sales. But are brands listening?

Entrepreneurs are more likely to feel that philanthropy is an essential part of their lives than their financial counterparts and see the link between volunteering and professional success in the report.

The quest for a good leader

The truth about innovation

Busting the following myths-
MYTH 1: Innovators are born, not made
MYTH 2: Those who fail to innovate are closedminded
MYTH 3: We are not in the innovation business
Myth 4: We don’t have enough money to innovate
MYTH 5: Great leaders design innovative solutions