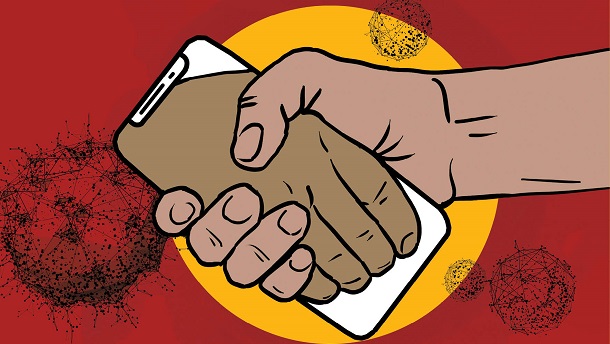 Summary: Many companies put efforts into recruiting and hiring from a larger pool of candidates. As great as it sounds, bringing people onboard is not the same as creating a high-functioning, productive work team, and certainly not the same as making it inclusive.

When Inderjeet joined her new organisation as a virtual employee on a project team, she assumed it would be similar to jobs she had worked on. It surprised her how long it took to get to know her teammates and how long it took to feel like she was truly part of the team’s processes. A young woman, she was unique in her employer’s primarily male, more experienced culture, and this seemed to complicate how the existing team members worked with her. She

She is not alone. Onboarding new employees in a virtual workplace can take longer and be more complex than getting up to speed in a traditional workplace.

Before the COVID-19 pandemic, many organisations were focused on creating inclusive workplaces. Enhancing the geographic, gender, ability and other forms of diversity was an important but (for many) not necessarily urgent, goal. Many of these efforts stalled in the early days of working from home. Now, as they continue running business in new ways and planning for the future, there are unprecedented opportunities to create a more inclusive, welcoming workplace if organisations choose to do so.

The business, social, and political cases for widening their hiring practices are familiar to most readers. Some of the reasons are obvious: being able to recruit from a wider pool of employees, achieving internal goals for diversity, and becoming an employer of choice top the list, along with meeting legal requirements from various jurisdictions.

Many companies put efforts into recruiting and hiring from a larger pool of candidates. As great as it sounds, bringing people onboard is not the same as creating a high-functioning, productive work team, and certainly not the same as making it inclusive.

In fact, hiring is just the first step. The real work of creating an inclusive team only begins with having the right people in place. Real team building is an ongoing process that is often complicated when people are not in the same physical location.

Most managers are familiar with the concepts of ‘forming, storming, and norming’, that apply to creating a productive, highly functional team. But those concepts assume that people work together day in and day out. Frequent exposure to the work styles and behaviour of peers, along with constant interaction, both in work situations and socially at tea-breaks and after hours, help form relationships that speed the process.

For Inderjeet and countless others, the virtual workplace is both a boon to being hired, and a barrier to being incorporated into the work of the team. There are some very good reasons for this, which can be addressed with some thought and planning. The team already exists and has an existing culture Anyone joining an existing project team struggles to catch up.

The team members know each other—their strengths and weaknesses.

They know who is serious and who enjoys a good joke. When people share a workspace, it does not take long to observe the way the team interacts and adjusts to the culture. Much of that observation, though, takes place organically. People see how others work, whether they want to or not, and non-verbal cues are as important as the words they use.

When working remotely, it is critical that Inderjeet, and other new hires, get as much exposure to the team as possible. This might mean inviting her to meetings she might not otherwise be brought into, or pairing her with different teammates to speed up the relationshipbuilding that is so critical to teams.

The differences between team members seem more daunting than they are

As a young woman, living in a different city, it might seem that Inderjeet does not have much in common with her new teammates. When people do not interact often, or do so only on the most transactional level, it can be difficult to get to know each other. The work itself, though, can help people focus on commonalities, rather than dwell on how different they can be. To create an environment when people are truly included in the work, the sooner they get a chance to do meaningful work and contribute to the discussion, the better.

One small insurance company in Mumbai was able to speed up integrating people from different locations into a team by creating more opportunities to interact, sooner than the work would normally permit.

When someone joins the team, they have a specific task in the first week of employment: the new hire must reach out to every member of the team and schedule a half an hour webcam conversation with those people. These conversations allow people to talk shop—what their roles are, what they think the new hire should know, and how they can be of help to her—but they also get to see each other face-to-face (at least virtually). They talk about school, their families, and what they might have in common.

All of these are important to fast-track the team building process, and often do not happen when the only interaction takes place on team meetings or when there is a specific need to interact with each other.

As we write in The Long-Distance Leader: Rules for Remarkable Remote Leadership, there are three components to building trust. We need proof that we share a common purpose, proof that the other person is competent, and proof that they are motivated to support the team and each other.

When we work apart from each other and do not get the constant exposure to our fellow workers, it can be hard to get the evidence we need to quickly build and maintain trust. That is a core component to ensuring people are included and brought into the team culture as soon as possible.

Among the ways leaders can do this is pairing the new hire with multiple team members, rather than assigning a single mentor. They can also highlight where Inderjeet has experience that the other team member might not have. Help her teammates accept her as one of their own sooner rather than later.

For Inderjeet, the sooner the better. For employers, helping people who have been previously excluded prove their value to their teammates, make them more productive and profitable, and be seen as a place good people—no matter who or where they are— want to work.

A generic name for family-run businesses in India, ‘lala companies’ have unique attributes—great rewards…and greater punishment, if the lala stops liking your face!

There is substantial research showing that people who are successful in a holistic way—not just at making money—have high emotional intelligence. Do not confuse intelligence quotient (IQ) with EQ. Effective leaders allow themselves to be emotional privately. They process it, then come back and give the public their best selves, communicating constructively and listening more than talking.

Industrial Revolution 5.0 is human-centric with focus on socio environmental sustainability and brings the power back into the hands of humans. Industry 5.0 will bridge this gap to create future systems and services that focus on social and environmental aspects utilising data and technological advancements from Industry 4.0.

To allay fears around change, make people aware that there is another side to this mountain and help them move toward it and around it. Remember that many innovations brought into the workplace throughout the twentieth century—the telephone, the computer, the internet—were greeted with resistance until they, too, became the new normal.