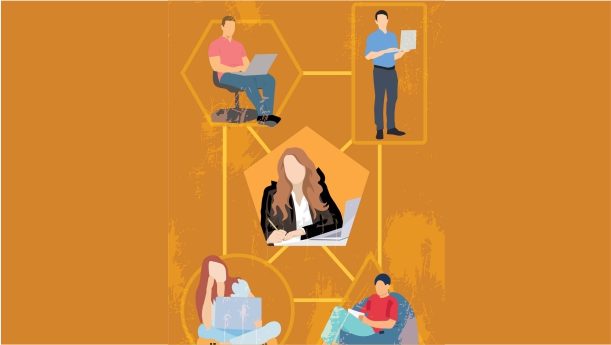 Worldwide, businesses are hiring more and more temporary or contingent workforce to meet their labour requirements. Temporary workers, including platform workers are a cheaper alternative to regular employees, alongside being easier to ‘hire and fire’. Thus businesses are exploiting this opportunity to enlist thousands of workers under the nonstandard employment forms to avoid costs and shrug-off the other responsibilities. The scarcity and ambiguity of laws regarding gig workers have resulted into their widespread exploitation across the globe. Hundreds of thousands of workers around the world currently work in a non-standardised employment form, and a significant number of them is engaged in platform work.

Before we delve into the topics of leadership in gig economy, let us understand the concept of gig economy, and the laws vis-à-vis the so called gig/platform economy. Ever wondered how the Swiggy delivery boy make money? Who owns the motorcycle when you booked a Rapido ride? Or how Urban Company functions? These are all examples of the gig economy.

The gig workers are freelancers, or independent contractors who are employed in a non-standardised, non-traditional form of employment, wherein the worker is paid on a per work basis. It is also known as sharing economy, platform-based economy, or access economy. Thus, the gig economy is part of the informal sector wherein the workers are paid on a per gig or work completed basis. To illustrate this,suppose a Swiggy delivery agent completes an order delivery and receives the delivery money for that order. Now, if he completes 30 such trips in a day, he receives money for 30 orders and any additional incentives thereby. However, the agent is not considered as employee of the company, and thus, neither him/her, nor is the company bound by labour laws, or any moonlighting clauses.

ILO defines gig economy as “Work is mediated through online web platforms” (ILO report, 2019, page 39). Thus, gig economy is characterised by a set of precarious workers, commonly known as independent contractors, who render services to an intermediating platform, to meet the demands of customer.

Every year lakhs of employable people, mostly young adults, enter the job market, and the so called gig economy allows them to register with Uber, Ola, Swiggy, Zomato, Urban Company, and other platforms.

Managing these workers and fostering the intermediary relationship thus becomes the job of the platform. The legal provisions here regarding the treatment of the gig workers, their rights, and protection as under various laws are fuzzy. Leadership, in this case, is a supervisory one imposed upon by the platform on the workforce. The nature of the relationship between a gig worker and its platform often is quite synonymous to the traditional employer-employee relationship, minus the fixed employee costs, the legal protections to workers and basic employee rights. Wherein, the main motive of the leadership is to form a bridge between the customer and the workers enlisted on the platform. However, most often the solution provided is one sided—in the benefit of the customer—in order to retain a healthy business relationship with them.

Monitoring and controlling the workers is another important element of the leadership which is satiated through a rigorous rating system. The element of trust including relationship building with clients is an integral part of the process, in the gig economy (Wood et. al, 2019). Trust is established through rating systems and some other mechanisms ensuring the performance of the workers, and provides the client with an element of monitoring and discipline mechanism (Wood et. al, 2019). It needs to be noted that a vicious cycle of ratings emerges as the supreme factor for workers in the platform economy. On one hand it determines the performance and job quality of an individual, and yet on the other hand it cannot be transferred while quitting a job, thus trapping the individual in the same job (Schörpf, et al. 2017).

The platforms maintain a strict rating system which prompts the leadership to ascertain the benchmark like a minimum of 4.5 out of 5 for Urban Csompany for continuation of workers contract and affiliating them to one’s platform. The strategic leadership of these platforms is aimed at increasing the market share of the respective platform, enlisting new gig workers, forming a bridge between the customer and the service provider, and handling legal issues (if any). Leadership is being challenged by gig workers for employee rights. The workers claim to be exploited by the organisation, and as an outcome, multiple lawsuits were noticed across the world in recent times.

Conclusion
The gig economy is thus deeply rooted in the lives of most individuals—from taking a ride using Ola or Uber, delivery of items using delivery agents, to the served-at-home salon facilities, everything could be facilitated through an app. However, until recently there were no formal provisions related to gig workers or their protection under the prior labour laws. A paradigm shift in labour laws was pronounced in 2019 with the aim to revamp all these archaic labour laws into distinct labour codes, thus reducing 44 labour laws into four distinct labour codes. The Code on social security finally introduced the concept of gig workers whereas the provisions are still not clearly defined and can be exploited by the so called managers or leaders of a platform. However, still companies are exploiting not only cheaper costs but also the easy termination of services, easier monitoring, shifting the burden of asset utilisation to workers, responsibilities towards employee benefits, and other legal aides to benefit themselves and the shareholders.

Anindya Ganguly is an independent researcher.