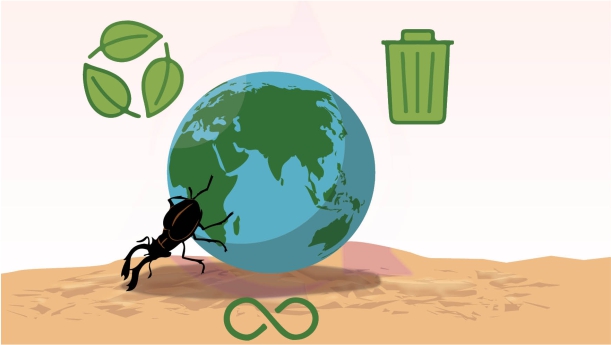 For years, the cost of sustainability is what held many businesses back. Now, we have reached the precipice where the cost of ‘not’ being sustainable might be too high.

While 2020 has proved unpredictable, to put it lightly, sustainability will still be a key trend permeating many discussions in 2021 and beyond. Sustainability is increasingly becoming a business imperative-one that organisations cannot afford to overlook as they build their post-COVID business strategies.

As more companies look to adopt advanced systems and services that improve circularity, resiliency, and efficiency, investment in green tech, will ultimately help increase the sustainability market substantially within the next decade.

During the industrial revolution, companies’ primary focus was profit. It was all about optimising the supply chain for enabling business models that increased profits. The bottom-line was king. Quite simply, the common policy approach to economic development has been to concentrate on getting rich first and hoping to have the resources to fix the environment later—the ‘grow now, clean up later’ mindset.

Research shows the true costs of this ‘clean up later’ mentality. The countries with the most pollution-intensive growth patterns later faced significant challenges that could constrain future growth through “rapidly escalating external costs from accumulated pollution damage and/or rapidly escalating investments in remediation of that damage.” Products were never designed at the beginning giving any thought about the planet or its destruction. Moreover, there was no evidence that the countries (e.g. Hong Kong and Singapore) had ever invested early in pollution control along with their industrialisation had suffered lower growth rates than those countries that had invested much less.

The ‘grow now, clean up later’ mindset has not only led to indifference toward GHG (greenhouse gas) emissions, but it has also led to our “take make-waste” model, which are discussed in, Sustainable in a Circular World.

This model was very successful for many decades. We saw many, highly productive businesses prosper.

As a society, we became comfortable with things, and making more things. So much so, we became known as the throw-it-away society. But today, this linear economy of take-make-waste, where we see materials flow directly from resource extraction through manufacturing processes to landfills has reached its capacity. Enter a more circular, sustainable economy—one that can redevelop resources through a renewable process, ultimately driving profits.

The report found the cost of implementing sustainable practices can actually be higher than traditional fossil fuel counterparts, but the consequences of not adapting are dangerous, pointing to Harvard Business Review research from 2017 that shows more than $1.5 trillion dollars globally is at risk because of the continued repercussions of climate change.

Here is the big takeaway: It is no longer enough to simply become a recognised ‘sustainable’ company. It is now necessary to adapt policies and processes and to find certified suppliers to maintain long-term profitability and sustainability.

Sustainability, circularity, and profits
These new circular business models and improved resource efficiencies could actually open more opportunities for a restorative and regenerative economy that could potentially generate as much as $4.5 trillion by 2030, according to Accenture.

This is between 4 to 5 per cent of the projected global gross domestic product.

What has followed since this prediction is investors and CEOs taking bold action to accelerate sustainability and ESG (environmental, social, and governance) targets.

McKinsey suggests investors are increasingly comfortable with the idea of putting their money into socially responsible investment. In the United States, such investment grew by 486 per cent between 1995 and 2012, outpacing the broader universe of managed US assets, which grew by 376 per cent in the same period. From 2012 to 2014, socially responsible investment grew by 22 per cent; accounting for more than 11 per cent of all assets under management in the United States ($3.74 trillion). Globally, more than $13 trillion is invested in assets under management that incorporate ESG metrics. 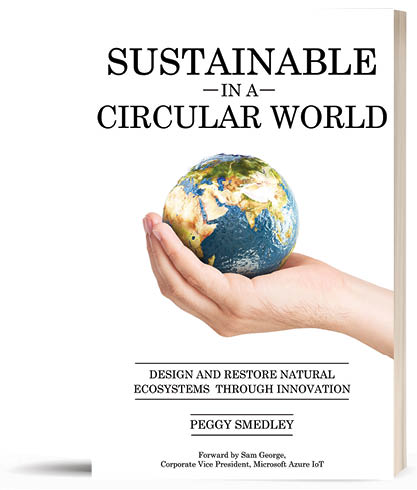 With trillions of dollars at play, CEOs have taken notice. Accenture says 44 per cent of CEOs foresee a net-zero future for their company in the next 10 years. The research firm’s United Nations Global Compact – Accenture Strategy CEO Study on Sustainability also suggests companies that have already taken steps toward sustainability are reaping the rewards.

The data shows that between 2013 and 2019, companies with consistently high ESG performance demonstrated lower volatility and almost five times higher operating margins than those with low ESG performance. A way companies are pursuing sustainability, is by taking a ‘cloud-first approach’. Accenture’s research suggests migrations to public cloud result in 30 to 40 per cent total cost of ownership savings.

Many companies are making moves toward sustainability, and they are doing it for the right reasons, but there are some that are taking advantage of the trend to ‘appear green’ in order to attract investors and customers. This ‘greenwashing’ can redirect funds and business from companies that are actually putting in the time, money, and efforts needed to make their business, products, and services sustainable, often through the use of technology.

For instance, in the environmental category, this could include criteria like carbon emissions, energy efficiency, waste management, and pollution mitigation. In the social category, this could include diversity, labour standards, supply-chain management, product safety, customer privacy, and community impact. In the governance category, Morning Star says investors should watch out for red flags in board composition, executive compensation, and political contributions, and they should also look for policies and oversight that prevent bribery and corruption.

If a company’s commitment to sustainability is only skin deep, it would not be able to fake it in all of these categories. However, if companies want more than a skin-deep return on their investments, they will join the trend toward enterprise sustainability that will be part of what ultimately defines this decade.

What’s next?
Technology will certainly be at the center stage. CEOs say businesses should be making a far greater contribution to achieving a sustainable global economy and society by 2030—and 63 per cent see the Fourth Industrial Revolution technologies as critical accelerators of the socioeconomic impact of their companies. These technologies can include digital, physical, and biological.

By adopting technologies that will help them achieve these goals, companies will boost market revenues by billions. Data from Brandessence Research suggests the green tech and sustainability market will reach $36.31 billion by 2025, compared to $6.89 billion in 2018. And, looking slightly farther out, Research and Markets’11 data suggests the industry will generate $57.8 billion in 2030, compared to $8.3 billion in 2019.

This is only one way to move our sustainability goals going forward. We must also work together—all generations—to learn from each other how to better treat the planet, which will ultimately be profitable for all.

An ‘agtech’ platform that aims to bring its services across the agricultural value chain, FarmERP collaborates with several national and international corporates, agribusinesses, research programs, FPOs and FPCs, and policy-makers to further their mission of making agriculture more profitable and predictable for all stakeholders.