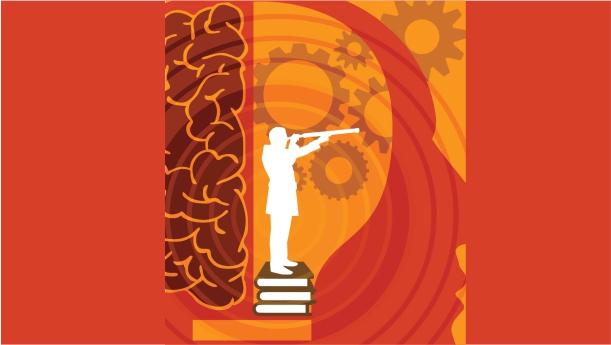 Whether at work or home, we all have those occasional moments of total clarity where we know exactly what we should be doing, where we want to end up, and which tasks are the most important for getting us there. Unfortunately, the brain does not tend to linger there for long. That is why we also have many more moments lost in mindless Instagram scrolling or fending off the seemingly endless list of to-dos.

The key is to take control of our schedules and do what matters most. Easier said than done, right?

Plot where you spend time
To put the focus on activities that most matter for increasing productivity, consider starting with identifying where you or your team members tend to focus your attention.

Former US President Dwight D Eisenhower originally developed a version of a timeaccountability matrix; however, with some modification, this new Do-What-MattersMost version helps people and teams categorise tasks or behaviours into four quadrants: 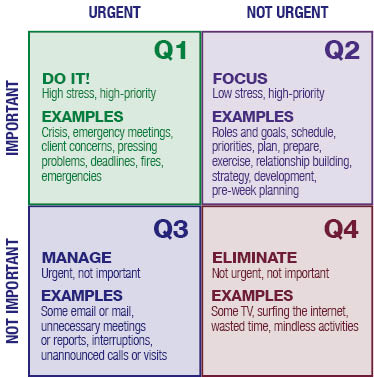 The quadrant that represents the DoWhat-Matters-Most tasks and where to maximise your time is Quadrant 2. This means that you will want to minimise the time spent in the other three quadrants.

In any organisation, it is not just the individual’s responsibility to meet objectives and goals—it is also up to the leadership. For example, maybe you know the leader who is always dropping tasks on his or her team that need to be done ‘right now’. That is a person who is continually reacting to the crisis of the day and lives in Quadrant 1. This type of management style has a significant negative impact on a team.

High performers make Quadrant 2 their home
Our research found that 68 per cent of people feel like prioritising their time is their biggest challenge. Interestingly, 80 per cent of the same people did not have a process for prioritising their time to do what mattered most. The most common approaches to managing time are often scattershot methods of post-it notes, making to-do lists, or delegating to an executive assistant—all of which are reactive and Q1 in nature.

Rather, those who effectively take control of their schedules and spend most of their time in Quadrant 2 have developed the three Do-What-Matters-Most habits. The application of these three habits increases productivity by 30 to 50 per cent while reducing stress.

While these three habits may seem simple, the reality is that less than 1 per cent of people in the workplace apply them. Most people have good intentions and try to do what matters most. But moving past the reactionary tasks and making adequate time to address the important work— that what actually produces results—is very intentional. It means making time to define your personal vision, set role and goals, and then be disciplined to do pre-week planning prior to the beginning of each week.

Developing these three habits will lead to a transformation—both personally and professionally. You will be able to schedule your priorities rather than prioritise your schedule and make time to do what matters most. Rather than just being successful in one area, you will lead a life by design and have a balance of success stories across the many areas of your life.

Steve Shallenberger is founder and Chairman, Becoming Your Best Global Leadership. He is co-author, Do What Matters Most: Lead with a Vision, Manage with a Plan, Prioritize Your Time.

Rob Shallenberger is CEO, Becoming Your Best Global Leadership. He is co-author, Do What Matters Most: Lead with a Vision, Manage with a Plan, Prioritize Your Time.