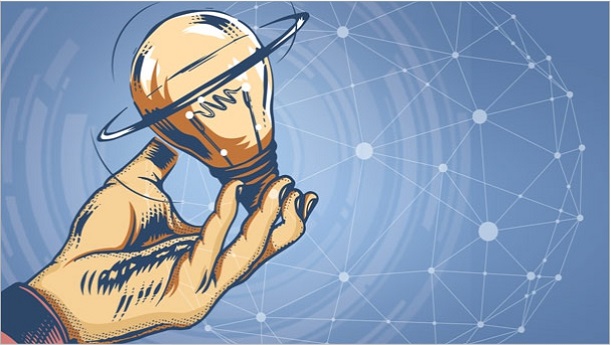 All around the world, impact networks are being cultivated to address complex issues in healthcare, education, science, technology, the environment, economic justice, the arts, human rights, and more. They mark the next evolution in the way humans are organising to create meaningful change.

Throughout history, humans have formed networks. Our social networks grow whenever we introduce our friends to one another, when we move to a new town, or when we congregate around a shared set of beliefs.

Social networks have also shaped the course of history. Historian Niall Ferguson has noted that many of the biggest changes in history were catalysed by networks—in part because networks have been shown to be more creative and adaptable than traditional hierarchical systems.

When deliberately cultivated, networks can forge connections across divides, spread information and learning, and spark collaborative action. As a result, they can be powerful vehicles for bringing about change and making progress on complex issues in ways that no individual or organisation can by working alone.

Of course, networks can have positive as well as negative effects. Economic inequality and the advantages and disadvantages of social class, race, ethnicity, gender, and other aspects of individual identity are, in large part, the result of network effects: certain types of people form bonds that increase their social capital, typically at significant social expense to those in other groups.

Much of the world has become acutely aware of the harmful network effects arising from social media and the internet. This includes the proliferation of online echo chambers that feed people what they want to hear, even when it means rapidly spreading misinformation.

In a connected and interdependent society, it is imperative that we understand the network dynamics that influence our lives so that we can create new networks to foster a more resilient and equitable world.

The choice is clear: either we can let networks form according to existing social, political, and economic patterns, which will likely leave us with more of the same inequities and destructive behaviours, or we can deliberately and strategically catalyse new networks to transform the systems in which we live and work.

In a connected and interdependent society, it is imperative that we understand the network dynamics that influence our lives so that we can create new networks to foster a more resilient and equitable world.

How networks are transforming our world

A case in point is the RE-AMP Network, a collection of more than 140 organisations and foundations, working across sectors to equitably eliminate greenhouse gas emissions across nine Midwestern states (US) by 2050. From the time it was formed in 2015, RE-AMP has helped retire more than 150 coal plants, implement rigorous renewable energy and transportation standards, and regrant over $25 million to support strategic climate action in the Midwest.

RE-AMP’s work is necessary, in part, because other powerful networks are also at play to maintain the status quo or enrich the forces that profit from pollution and inequality.

We can look up to the field of education for another example of a network creating significant impact. 100Kin10 is a massive collaborative effort that’s bringing together more than 300 academic institutions, nonprofits, foundations, businesses, and government agencies to train and support 100,000 science, technology, engineering, and math (STEM) teachers across the US in 10 years. Founded in 2011, 100Kin10 is well on track to achieve its ambitious goal and has expanded its aim to take on long-term systemic challenges in STEM education.

The Justice in Motion Defender Network is a collection of human rights defenders and organisations in Mexico, Guatemala, Honduras, El Salvador, and Nicaragua that have joined together to help migrants quickly obtain legal assistance across borders. Throughout the ongoing family separation crisis created by U.S. immigration policies during the Trump administration, this network has been essential in locating deported parents in remote regions of Central America and coordinating reunification with their children.

Or consider a network whose impact spans the globe, the Clean Electronics Production Network (CEPN). CEPN brings together many of the world’s top technology suppliers and brands with labor and environmental advocates, governments, and other leading experts to move toward the elimination of workers’ exposure to toxic chemicals in electronics production.

Since forming in 2016, the network has defined shared commitments, developed tools and resources for reducing workers’ exposure to toxic chemicals, and standardised the process of collecting data on chemical use.

All around the world, impact networks are being cultivated to address complex issues in healthcare, education, science, technology, the environment, economic justice, the arts, human rights, and more.

Networks like RE-AMP, 100Kin10, the Defender Network, and CEPN did not come about spontaneously or accidentally; rather, they were formed with clear intent.

These networks deliberately connect people and organisations to promote learning and action on issues of common concern. We call them impact networks to highlight their intentional design and purposeful focus, and to contrast them with the organic networks formed as part of our social lives.

We think of impact networks as a combination of a vibrant community and a healthy organisation. At their core, they are relational, yet they are also structured. They are creative, and they are also strategic. Impact networks build on the life force of community—shared principles, resilience, self-organisation, and trust—while leveraging the advantages of an effective organisation, including a common aim, an operational backbone, and a bias for action.

Through this unique blend of qualities, impact networks increase the flow of information, reduce waste, and align strategies across entire systems—all while liberating the energy of multiple actors operating at a variety of scales.

All around the world, impact networks are being cultivated to address complex issues in healthcare, education, science, technology, the environment, economic justice, the arts, human rights, and more. They mark the next evolution in the way humans are organising to create meaningful change.

Executives have an enormous opportunity to use technology to help them scale solutions, offer customer-centric products and services, and pioneer new, immersive forms of engagement in today’s business landscape that’s dominated by technology.

Thus, for being productive, it is necessary to improve our sleeping patterns, get adequate exercise, and soak up sunlight on a daily basis. The three necessary variables will not only help increase our effectiveness at work but also make our lives better.

The key to persuasion

The ability to transform ourselves and persuade and influence others depends on the subtleties of effective communication and the fact that thinking impacts emotions, which, in turn, drive behaviour. In order to effectively move someone to action, we must understand how the mind filters information.

On the right track

The World Bank’s Ease of Doing Business Ranking reflects that India has been able to retrieve its status in respect of keeping favourable business environment in the post-pandemic period.