India will be the first country to introduce AI as a subject in class VI: Education Minister 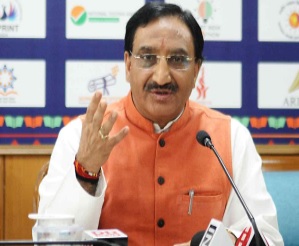 Education Minister Ramesh Pokhriyal Nishank has recently announced that India will be the first country in the world to introduce Artificial Intelligence in the school curriculum in VI standard.

The announcement was made at the 25th Conovocation of All India Management Association (AIMA) where the minister explained the vision and aims of the recently announced New Education Policy.

Addressing the conovocation, the minister said the country’s $5 trillion economy would be achieved through these students. He further assured the target would create the need for 1.5-2 lakh new managers in the country.

With the new curriculum of management and engineering, around 50% of the students would work with the industry during their studies, the minister noted.

Pokhriyal pointed out that 7.5-8 lakh Indian students go overseas looking for their future and, in the process, Rs 1.5 lakh crore flows out of the country. India is contributing to the excellence of other countries. The proof of our education’s excellence is that the CEOs of Google and Microsoft studied in India, he said.

Emphasising on the need for regulating this brain drain, he said, “Now, we will stop both talent and patent from leaving the country.”

The Minister said that India would lead the online education revolution and efforts would be made to offer online courses from the world’s top 100 universities.

“He said that though questions were being raised about the effectiveness of online education, the experience of large-scale shift to online classes during COVID had shown that the quality of education was not affected if the teacher was good. It would be difficult and expensive to set up new physical universities in big cities and towns,” Sahasrabudhe said.

“Now, curriculum revision has to be annual and new courses have to be added all the time. AI, machine learning, robotics, 3D printing, AR, VR, cloud and data analytics were among the new subjects that needed to be added to higher education, and for that the faculty had to be trained first. He informed that AICTE had been able to ramp up faculty training substantially by holding workshops online during COVID,” he added.

AIMA President Mr Sanjay Kirloskar hailed the Minister of Education for introducing the National Education Policy. He appreciated the NEP for promoting India’s integration into the global education system and making India an education hub.

“I congratulate the government for providing a state-of-the-art framework for modernising education in India and setting up a National Research Foundation. It was odd that Indian B-Schools and businesses had not produced a world-class management guru though Indians who teach abroad became leading gurus,” he said.

At the event,17 students were presented PhDs in Business Administration, a course run by AIMA in partnership with Aligarh Muslim University. AIMA’s flagship postgraduate diploma in Management was presented to 603 students. The postgraduate diploma in IT Management was given to 13 students and 925 students were awarded certificates and diplomas for completing various short and specialised management courses.