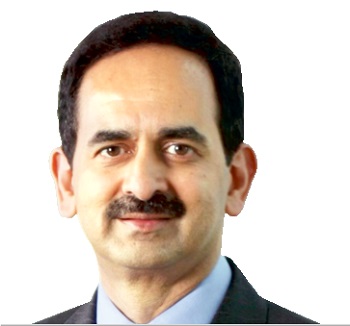 Globalisation is in the crosshairs. International trade and travel have spread the deadly coronavirus across 203 countries that has already killed more than 30,000 people and many more are likely to die before the pandemic is contained. Countries have shuttered their borders and people are shunning foreigners. The interdependence of countries has disrupted supplies, including that of medicines and toilet rolls.

Popular narrative blames it all on globalisation, and the clamour for reducing global interconnectedness is getting louder. It is a watershed moment for the world, and companies must reimagine the way they build supply chains and develop markets.

The growth of global business networks in the 21st century has coincided with frequent disruptions because of economic shocks, natural disasters, epidemics, wars and trade conflicts. Trade, investment and migration have adjusted to each disruption, more or less. But there are no historic parallels to the rapid and extensive spread of the Covid-19 pandemic, and there is no end to it in sight either. The open-ended fear of uncertainty is creating psychological and material scars on companies across the world, which will have consequences for globalisation.

Some have even celebrated the contagion. They have talked about the return of local manufacturing and jobs because of the virus originating in China and crippling that country’s manufacturing. But the virus has now reached every part of the world and no country is safe. Now, international trust and goodwill are also in short supply and self-preservation has overtaken all other priorities. Many countries have suspended exports of medicine and food. Expats and foreign students are being stigmatised and ostracised.

A bigger and a more durable challenge for globalisation would be the simultaneous crash of both demand and supply. In the last big shock to the global economy following the financial crash in the United States, the emerging markets had provided succour to the suffering West. This time, everybody is in trouble at the same time. According to the International Monetary Fund, 2020 will be a year of negative growth for the world economy and the emerging economies will be hurt by capital outflows, rising debt, reduced economic activity and deferment of investment. In such a scenario, the protectionist instinct would get stronger.

However, the current crisis could well be the spur for greater globalisation. With nowhere being safe, companies will spread their risks, instead of concentrating their investment and sourcing in the cheapest and the most efficient suppliers in the world. The myth of safety of home has also been busted by the current crisis. It is quite likely that we will end up with more globalisation than less, after the covid-19 pandemic is over.

The biggest flaw of the existing globalisation is its concentration. Over the past two decades, China came to produce more than one-fifth of the entire world’s products and it became a key market for most companies. The world became too dependent on China for supply of critical intermediate and finished goods across the electronics, telecom, pharmaceuticals, automobiles, metals and textiles sectors. China, in turn, became a big investor and trading partner for most of the developing countries across continents. The Covid-19 experience will certainly make everybody look for alternatives to China, or for that matter to Japan, South Korea, the European Union and the US too.

This would give India a second chance to become an alternative or additional hub for global manufacturing, an opportunity that India had missed during the earlier phase of globalisation. India has made it a lot easier to do business since the early 2000s, but it can still do more on infrastructure, skills and bureaucracy to become a viable option for the global supply chain.

Global companies would now prioritise insurance against disruption of supply chains and markets and not just the economies and efficiencies of scale. Global competitiveness in the post Covid-19 world will come as much from risk reduction as from cost reduction.

The memories of the lockdowns would ensure a big shift towards doing global business digitally. Business travel could be significantly replaced by online meetings and trade. Internet of things would reduce the need for onsite maintenance and upgrade of equipment and machinery. There will be greater globalisation of data than of people. The demand and use of robots will increase as companies will seek greater reliability of production and distribution. The appeal of cheap labour in distant countries would diminish and the compulsion to produce closer to the markets would grow, even for the companies that are too heavily invested in certain production locations for specialised labour, friendly regulations and low taxation.

Individuals, companies and countries will not forget the hardships of the Covid-19 crisis easily. Yet, they will also not forget that isolation leads to poverty and conflict. In the modern world, globalisation is both a necessity and an inevitability.

It is not surprising that the leaders of the US and China have come around to talking about cooperation after accusing each other of spreading the pandemic. Nothing brings people together better than a shared crisis. China’s statement to the G20 has pleaded that the only way to counter the impact of Covid-19 is to increase international cooperation, synchronise policies, remove trade barriers and facilitate unfettered trade.

The writer is president of AIMA and chairman & managing director, Kirloskar Brothers