AIMA has been running a very unique programme for young people called the “Shaping Young Minds Programme” (SYMP). The programme provides a platform for young professionals and management students to interact with iconic leaders from various fields, where these leaders talk about their lives, their successes and more importantly – their failures. There are no speeches – just stories and anecdotes from life! This helps young people synchronise personal and career goals through exposure to experience and wisdom of successful people. The idea is to facilitate students get an opportunity to interact with achievers whom they would not have otherwise got an opportunity to interact with, learn from the experiences of those who have been there and done that.

In 2021, AIMA organised an online version of the Shaping Young Programme called the National Shaping Young Minds Programme in collaboration with our Local Management Associations. The online mode allowed us to make this event really big and reach out to all our LMAs to contribute delegates instead of just from just one region / state. The programme saw overwhelming participation from students and young managers from across the country. The second online version of the National SYMP scheduled on 26th August 2022, it is planned to be a half day event.

Please note that there is no participation fee, however pre-registration is mandatory.

K Radhakrishnan is an Indian space scientist who headed the Indian Space Research Organisation (ISRO) between November 2009 and December 2014 as Chairman of Space Commission, Secretary of the Department of Space and Chairman of ISRO. Prior to this, he was the Director of Vikram Sarabhai Space Centre (2007-2009) and Director of National Remote Sensing Agency (2005-2008) of the Department of Space. He had a brief stint of five years (2000-2005) in the Ministry of Earth Sciences as Director of Indian National Centre for Ocean Information Services (INCOIS). Presently, he is the Chairperson of the Board of Governors of Indian Institute of Technology (IIT), Kanpur & Ropar and Chairman of the Standing Committee of the IIT Council besides being a Member of Space Commission and Honorary Distinguished Advisor in the Department of Space/ISRO. He is an accomplished vocalist (Carnatic music) and Kathakali artist. Penguin Random House India published his autobiography My Odyssey: Memoirs of the Man Behind the Mangalyaan Mission, coauthored by Radhakrishnan and Nilanjan Routh, in November 2016.

Shivakumar or Shiv as he is popularly known is currently Group Executive President at Aditya Birla group for Strategy and Business development. He joined the ABG group in January 2018.Prior to this, Shiv was Chairman and CEO for PepsiCo for four years and before that with Nokia as CEO for India and later Emerging markets for nearly a decade. Shiv has been a CEO for half his career and was one of the youngest CEOS in India. Shiv worked in HUL for a number of years, mostly in marketing. Shiv has worked with over 50 brands in his career and seen many business transformations. Shiv has earlier been on the Board of IIM Ahmedabad, Godrej Consumer Products, Chairman of the Mobile Marketing Association and Chairman of the Advertising Standards Council of India, was also the President of the All India Management Association. He is currently on the board of XLRI and IIM Udaipur. Shiv has been awarded with the Best CEO, Best brand builder, for leadership, for Turnaround et al. Two distinguished Alumnus awards he received are from IIT Madras and IIM Calcutta, having been distinguished alumnus from both IIT and IIM. Shiv is the author of books THE RIGHT CHOICE, a book on career dilemmas, The Art of Management - Managing Yourself, Managing Your Team, Managing Your Business.

Ms Shereen Bhan is the Managing Editor of CNBC-TV18 with over 20 years of experience in the field of Television Broadcast, tracking corporate, policy news and events that dened the business landscape in India. Shereen is also the Author of Young Turks, a book published by Random House India. Shereen has interviewed some of the biggest names in Business from legendary investor Warren Buffet to Bill Gates, Satya Nadella, Richard Branson, Sheryl Sandberg, Indra Nooyi to name just a few. She has also spent several years tracking the political- economy and has interviewed several Finance Ministers and other Cabinet Ministers over the years. Over the course of her 21-year tryst with business journalism, Shereen has been the recipient of the ‘Best Business Talk Show’award at the News Television awards for two years consecutively. She also won the ‘FICCI Woman of the Year’award for her contribution to the Media in 2005, and was named a ‘Young Global Leader’by the World Economic Forum. Shereen was named in IMPACT’s ‘50 Most Inuential Women In Indian Media, Marketing & Advertising List, for 2018, 2019 and yet again for 2020. More recently, continuing her winning streak at ENBA 2020 Awards, Shereen won the Managing Editor of the Year – English and Best Anchor – English awards.x

Sanjiv Mehta is the CEO and Managing Director of Hindustan Unilever Limited which is India’s largest Fast Moving Consumer Goods (FMCG) Company. As President, Unilever South Asia, he is also responsible for Unilever’s businesses in South Asia having a combined turnover of over $8 billion. He is also a member of Unilever’s Global Executive Board (Unilever Leadership Executive) which runs the global consumer goods giant. Sanjiv has done his Bachelor’s in Commerce, Chartered Accountancy and has also completed his Advanced Management Program (Harvard Business School). He has been with Unilever for 29 years and for the last 20 years he has led businesses in different parts of the world as the Chairman / CEO. Sanjiv is the President of Federation of Indian Chambers of Commerce and Industry (FICCI), Independent Director on the Board of Air India, Director on the Board of Indian School of Business, member of Board of the Breach Candy Hospital Trust and member of the South Asia Advisory Board of Harvard Business School. 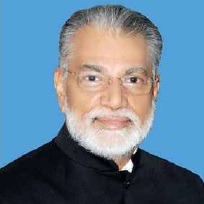 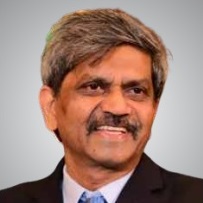 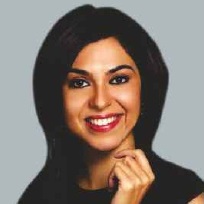 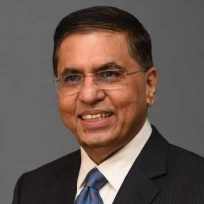 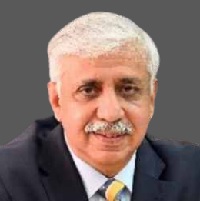 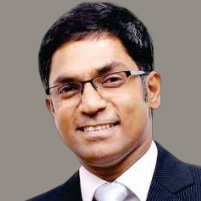 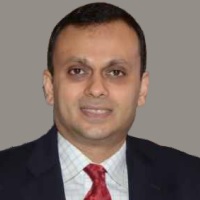 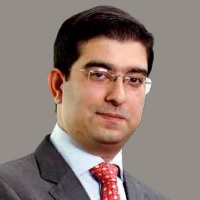 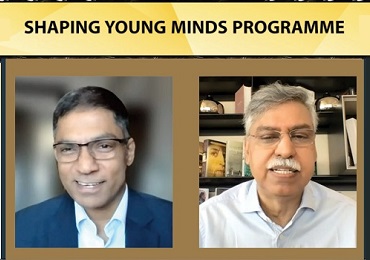 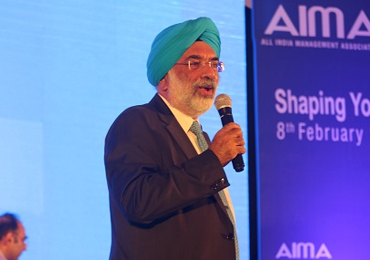 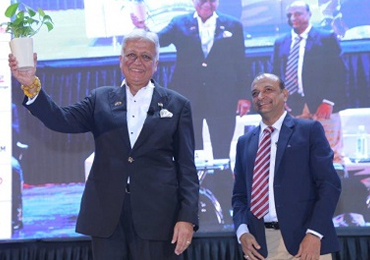 Watch AIMA's popular Shaping Young Minds Programme in collaboration with the Calcutta Management Association with Mr Sanjeev Bikhchandani, Founder and Vice-Chairman, Info Edge India Limited and Mr Jimmy Tangree, Head, 91.9 Friends FM, Kolkata. In this session Mr Bhikhchandani shares his classic story of spotting an opportunity and chasing it with guts and determination, that got him where he is today.

Watch 77th edition of the AIMA's popular Shaping Young Minds Programme with Mr Deep Kalra, Founder & Group Executive Chairman, MakeMyTrip Limited and Ms Rekha Sethi, Director General AIMA. In this session Mr Kalra shares the inspiring story of the struggle as well as the hard work he has gone through to make a ground-breaking stand on MakeMyTrip. 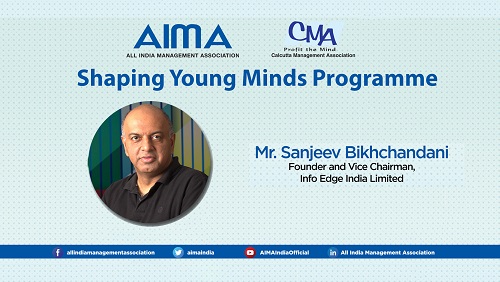 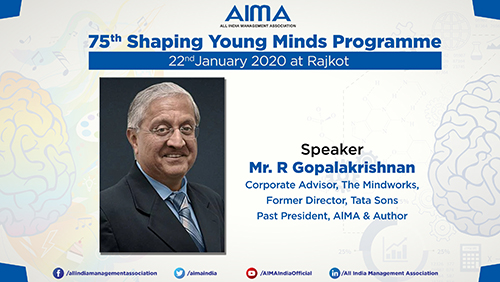 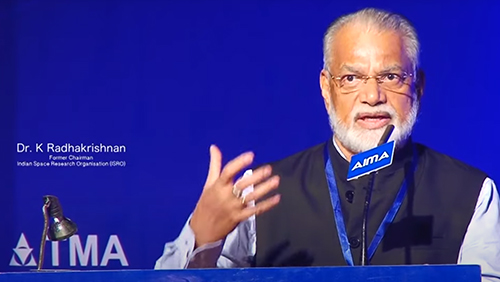 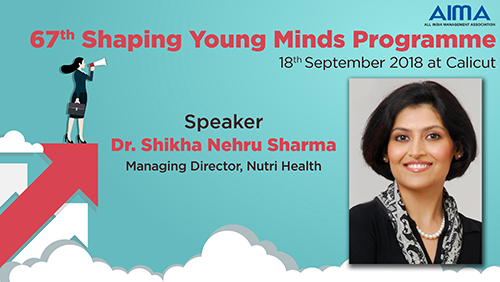