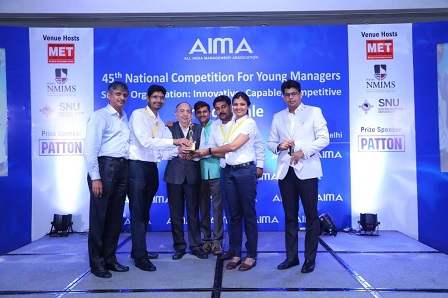 The 45th National Competition for Young Managers was held on the theme ‘Smart Organization: Innovative, Capable, Competitive’. The Regional Rounds were successfully conducted on 26th July in Kolkata, 5th August in Bangalore & 8-9 August in Mumbai and 22-23 August in Delhi. The Grand Finale was held on 30th August 2019 at Hotel The Radisson Blu, New Delhi. Around 110 teams participated in the competition.